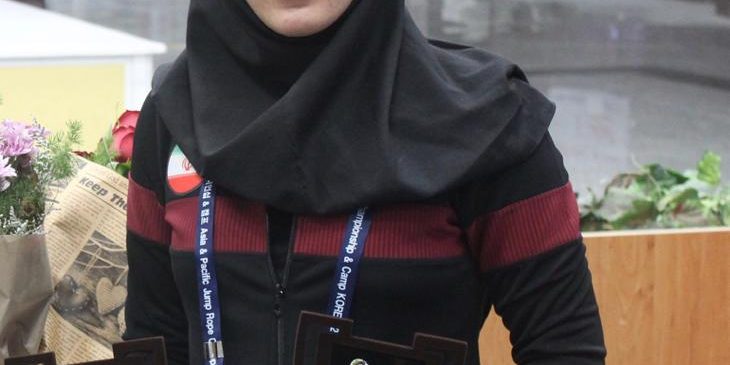 According to the Fars Center of the Radio and Television Agency, Fatemeh Sheybani, an international jump rope coach and judge , who had previously participated in the China World Championships 2018 , in South Korea asian championships 2019 with her students in the Fars team , was sentenced by the President of the Asian jump rope federation for He became a member of the technical committee of this federation for 2 years.
In an exclusive interview with an IRIB correspondent, Ms. Sheybani said: “From now on, in addition to international coaching and judging , the responsibility of cooperation and planning in the field of technical upgrading of other Asian women and supervision in holding Asian competitions was added to my responsibilities.”