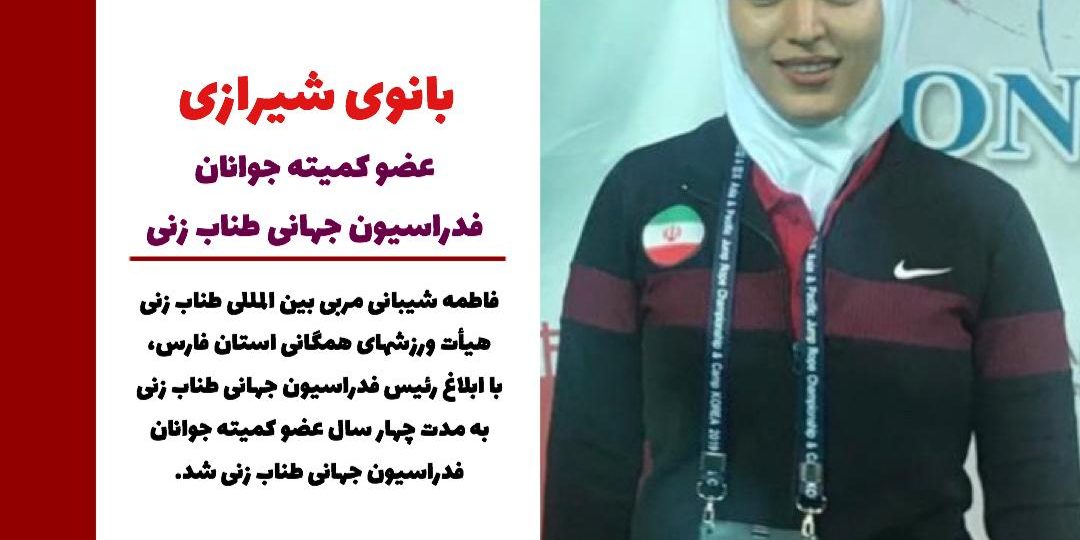 The head of the Fars province public sport for all  board said: Fatemeh Sheybani, the international coach and referee of the jump ropes and head of the Fars  rope skipping committee from Farsnprovince public sports delegations, became a member of the youth committee of the World Jump Rope Union Federation for four years after being notified by the president of the World Jump Rope Federation.
According to the public relations of the Federation of Public Sports, quoted by Rastin Online, Sirus Pak Fitrat announced this news and added:

Now, in addition to international planning for female athletes and jump rope coaches in the Asian Technical Committee Federation responsibility Planning for training and all activities of young female jump rope athletes worldwide has been added to his responsibilities for four years.

A copy text of the announcement of the President of the World Rope Federation which was sent to the Rastin Online news site too .